Neil Grove joined the board in 2019. He’s 31 years old and lives in Amsterdam at the KNSM-eiland. He did studies related to natural sciences, business and change management. Since a year and a half, he works as a senior procurement specialist at Enexis Netbeheer where he contributes to the Energy Transition. Before that he worked at the Solar start-up called Sungevity for five years as Head of Procurement & After Sales. He enjoys spending his spare time doing crossfit and hockey. He also loves to do salsa dancing en enjoys cooking. He’s driven, impactful and involved. At YPP he is committed to contribute to an instructive and sustainable future for young procurement professionals!

Odile van Onzenoort is a member of the board since 2019. Odile holds a Master degree in Supply Chain Management and a Bachelor degree in Business Administration at the Erasmus University Rotterdam. During these studies, Odile did two internships abroad (Australia and Denmark). After her studies, she started her career with a Procurement Traineeship at Royal Schiphol Group. After successful completion of this Traineeship in 2018, she started working as an ICT&Systems Purchaser for Royal Schiphol Group.

Lukas van Eeden holds a Bachelor degree in Accountancy and a Master of Science degree in Management. After accomplishing a thesis regarding Best Value Procurement in 2010 he rolled into the world of procurement. In 2011 he started as a procurement trainee at Benefit Inkoop adviesgroep. After working two years for Benefit, he started working freelance as a self-employed procurement consultant in 2014.  He fulfilled several procurement assignments on both tactical and strategical level. Most of his assignments were in banking and insurance, industrial services and medical care. Currently he is holding the position of head of procurement at Kentech. Lukas is co-owner and partner of Next Level Sourcing, Next Level Sourcing is a team of self-employed advisors operating within the procurement industry. After work he enjoys social interaction with friends, he is a marathon runner and a golfer.

Mark Bottinga holds a Master’s degree in Business Administration from the VU University Amsterdam and a Bachelor’s in Management, Economics and Law. During his studies he did two internships abroad (Curacao and South-Africa) and completed an international research project in Colombia and Peru. After his studies Mark started his career at DPA as Business Manager, a sales oriented role . After finishing Nevi 1 in 2016 he switch employers and started working as Buyer for Air Traffic Control The Netherlands (ATC-NL). As a Buyer at ATC-NL he is responsible for tendering ATM and IT related products and services. He joined the YPP board in September 2017.

Dick van Gendt holds a Bachelor degree in Business Administration. After completing his Bachelor degree in 2010 he started working as a Purchaser for a Wholesaler that was focused on the Maritime Industry. During this job Dick felt in love for both the Procurement profession and the Maritime industry. What he loved most about this industry are the challenging projects and great variety of people you work with. After working for two years as a Purchaser Dick decided to move on to the next challenge which he found within Boskalis. Within Boskalis Dick gained the responsibility for the procurement of consumables and spare parts for 30 tugboats in West-Africa. Because of the good results and hard work the number of tugs and areas grew over the years, at the end of 2016 his team was handling the procurement for over more than 120 tugboats in Australia, the Middle East and West-Africa.

Boudewijn is member of the board since January 2016. He started working as a Recruiter for DPA Supply Chain during his Bachelor studies in 2011. He wrote his thesis about the commercial potential of a foundation, researching the market and identifying opportunities. In 2014 Boudewijn switched employers and started working for the Executive Search and Consultancy agency Aeves as Accountmanager and Recruiter, focusing on procurement developments. Building networks and managing relationships he supports both clients and candidates in reaching goals and ambitions. He strives doing the same for the YPP, helping the organization and network grow. 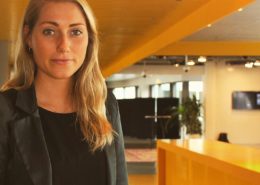 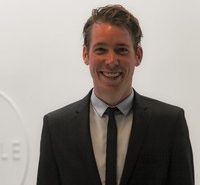 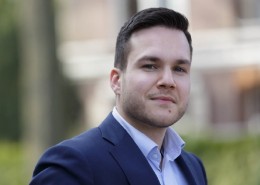